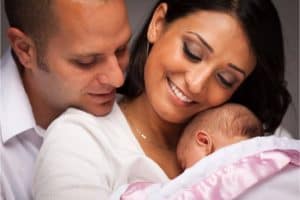 Finding a good name for your baby boy or girl can be challenging. One source of inspiration you might look to is poetic names.

Today, we want to go over some poetic names based on famous male and female poets. So let’s look at some wonderful poetic names for boys and girls.

These poetic names for boys sound beautiful, and we’ve conveniently arranged them alphabetically.

Alfred roughly translates to a “wise counselor.” In terms of being poetic, it is the name of the famous English poet Alfred Tennyson. You may also know Alfred as Batman’s butler.

Alfred Austin was also an English poet. This is a common name given to boys, especially in the US. This name generally translates to either “magnificent” or “great.”

This is a truly poetic name for boys, mainly because Baird means “poet” in Scottish. Blythe Baird is a famous slam poet.

Brooks is a relatively common name that can be used for boys and girls. Moreover, it can also be used as a first name or a surname. For example, a famous American poet is named Gwendolyn Brooks.

Although this is generally a girl’s name, it may also be a boy’s name, and it also serves as both a first name and a surname. In the Irish or the Gaelic language, this name loosely translates to “fierce in battle.” Lewis Carroll is a famous poet.

Another name associated with poetry is Crane. Hart Crane was a very famous American poet. Although it’s not commonly used as a first name, it is often a last or middle name.

Dante is always a good one if you want to name your child after one of the most famous poets. This name is, of course, associated with Dante Alighieri, author of Dante’s Inferno. In Latin, Dante translates to “enduring.”

In the English language, Dickinson translates to “son of Richard.” But, of course, one of the most famous poets of all time is American Emily Dickinson. Dickinson is a common last name, and also an excellent middle name.

Although it fell out of popularity, Dryden has once again become a trendy boy’s name. In old English, it translates to “dry valley.” It is most commonly associated with John Dryden, an English poet, and literary critic.

Emerson is fantastic if you want a strong name for your baby boy, mainly because it means “powerful.” Ralph Waldo Emerson was an extremely famous poet.

Ezra is an excellent name for boys that has its origins in Hebrew; it means “help.” When it comes to the most famous poets of all time, American Ezra Pound is at the forefront.

Among famous poets and authors, we certainly cannot forget Robert Frost. Robert Frost won the Pulitzer Prize four times, and his name serves as inspiration everywhere. If you were wondering, in German, frost loosely translates to “ice.”

Homer has his origins in Greece. You may be familiar with a very popular Homer, the main character from the animated series, The Simpsons. However, Homer is also a poet from ancient Greece who wrote two of the greatest Greek epics.

Hughes is once again becoming a trendy name, and it has its roots in English, Irish and Scottish. Loosely translated, it means “intellect” or “mind.” There is a very famous American novelist and poet named Langston Hughes.

Randall Jarell is another great poet to name your child after. Loosely translated, this name means “brave.”

John Keats is yet another famous English poet you could name your child after. The word “Keats” loosely translates to “shed worker.” It’s not an overly flattering name, but many people love this poet.

Larkin is originally a Gaelic name, and in Gaelic, it loosely translates to “fierce.” So Philip Larkin is yet another famous poet you can name your baby boy after.

You are probably familiar with Marlo, the rapper, but there is also a famous poet named Christopher Marlowe. It’s a popular name for baby boys and loosely translates to “rebelliousness.”

As a name, Morrison has English origins, and fittingly, it means “son of Morris.” Toni Morrison was a famous American poet, teacher, and novelist.

Ogden may be quite an old-school name, but still a good one. Loosely translated, this English name means the “oak valley.” There is, of course, a famous American poet, Ogden Nash.

Pablo Neruda was one of the most famous poets of the 20th century. He was a Latin American, with Pablo meaning “small” or “humble.” Of course, you may also name your child Pablo after the famous artist Pablo Picasso.

Today, Tennyson is still a very popular boy’s name, and loosely translated, it means “son of Dennis.” Alfred Tennyson is one of the most popular British poets of all time.

With the boys out of the way, let’s look at poetic names for girls.

Although not quite as popular today, Annabelle is still a fairly common girl’s name. This English name loosely translates to “beauty of grace.” It also happens to be the name of the last poem ever written by Edgar Allan Poe, Annabel Lee.

Although some people may find it odd, Blake is a common name for baby girls today. Blake can also be a name for boys and a surname. This is an ancient English name that can mean “someone with pale hair” or “someone with dark hair.” When you hear “Blake,” you may think of poet William Blake.

Cadence is a beautiful, poetic, and musical name for baby girls. It may have several meanings, including “poetry” or a “rhythmic way of communicating.”

Corinna once was an extremely popular name and is slowly making a comeback. This name often appears in old works of English poetry, and it loosely translates to “beautiful maiden.”

“Dorie off to Atlanta” is a famous poem written by American poet Mark Halliday. Loosely translated, Dorie means “the sea.”

This was once was a prevalent name for baby girls, and it is making a comeback. Dorothy Parker was an American poet and satirist. You may also know Dorothy from the Wizard of Oz. In Greek, loosely translated, it means “gift of God.”

We cannot forget Emily Dickinson if we are talking about baby girls and poets. She is one of the most famous American poets of all time. The name “Emily” has its origins in Latin and means “one who is hardworking.”

Evangeline is one of the most beautiful names for girls. In a poem by Longfellow, this name makes many appearances. It is generally taken to mean “good news.”

If you think that this name sounds a little rough around the edges, it is because it is a German name. This name is associated with the famous poet Gertrude Stein. This name means the “strength of a spear.” It is a name that will lend your child some strength.

If you want a classic English name for your child, Gwendolyn is an option. Technically speaking, this is a Welsh name that means “someone who is blessed.” You might be familiar with Gwendolyn Brooks, an American Pulitzer Prize-winning poet.

Kyrie has become a pretty popular name. It’s also a poem written by Thomas Transtomer. This name has its origins in ancient Greek, where it means “the lord.”

“Mariana” is a famous poem that was written by Alfred Tennyson. It translates to “of the sea” in Spanish; hence, Mariana Trench.

Meera in Hindi means “amazing” or “prosperous.” Meera Bai is one of the most famous Hindu poets of all time.

This is an interesting name that has its origins in Latin. This name loosely translates to “delay.” It’s also the name of a poem written by Thomas Lux.

Sonnet is, of course, a short lyrical poem, although it has become a very popular name for young girls.

Teagan has recently become a trendy name. This name has Irish origins and translates to “fair poet.”