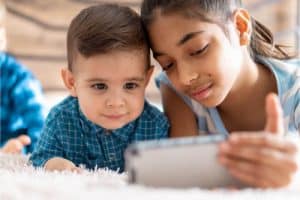 Persian names are often considered some of the most beautiful names. They are great names whether your child is of Persian origin. We want to give you some great ideas on the best Persian names for girls. We have compiled a list of the top 25 most beautiful Persian girl names. Some you may be familiar with, and some you certainly will not.

This is a trendy Persian name, although it does have German origins. It has a variety of meanings, including “nobility” or “noble.”

Various spellings can be used for this name. Although it’s popular in Iran, it’s also trendy in the US, where it currently sits in the top 1000 girls’ names.

This popular Persian name is often used for both boys and girls. It has various meanings, including “to give thanks,” “to congratulate,” “to give praise,” “brave,” and “encouragement.”

This beautiful Persian name is for girls. Abreshmina is a spotted gemstone.

Amira is a popular name around the world. It’s very popular in Persian families, but it has Arabic and Hebrew origins. This name has several meanings, including a “sheaf of corn,” “treetop,” “proverb,” and “princess.”

One popular alternative is Amera. A Dutch opera singer, an Israeli journalist, and a French actress share this name. In 2020, this name was No. 284 of the most popular girls’ names in the US.

This is a very simple yet beautiful Persian name that, interestingly enough, has its origins in Arabic.

Loosely translated, this name means “splendid.” This is a very popular name in Persian communities of the world, although not in the US.

This beautiful girls’ name has its origins in both the Greek and Persian languages. Loosely translated, it can mean either “lord,” “throne,” or “sun.” Two popular variations include Cyrah and Cy.

It’s not the most popular name, at least not in America, where it ranks at number 4,433. One famous example of this name is Cyra McFadden, an American writer.

This classically Persian name loosely translates to “green field” or “orchard.” As far as beautiful-sounding Persian names go, this is one of the best. In the US, Delilah is the standard spelling used.

Daria is another popular name that comes from the Persian language. However, it also has origins in Russian, Hebrew, and Greek.

Some meanings attributed to this name include “sea,” “nugget of wisdom,” and “possessing good.”

Esther may not sound like a classically Persian name, although it is very popular in Iran. Loosely translated from the Hebrew language, Esther means “star.” There are also about a dozen different variations of the spelling of this name.

One of the most famous examples is Esther Williams, a famous actress, and swimmer. This is, in fact, one of the most popular girls’ names in the US. It ranks No. 153 across the country and No. 32 in New York.

Farva is another popular name with origins in Persian. This is a very noble name that loosely translates to “wealth” or “crown.”

Although it is a very popular name in Iran, it’s not overly popular in the US. According to records, between the years 2003 and 2018, only three girls had this name.

Interestingly, this name has both Italian and Persian origins. It loosely translates to the word “treasure.”

It may also come from “Kaspar,” which means either “the master of treasure” or “treasure bringer.” Although it is very popular in Iran, it’s not an overly popular name in the US.

This popular Persian name has its origins in Arabic. This is also a popular name in the US, commonly spelled Hannah. Another variation of this name is Johanna. In Arabic, the meaning of this name is “bliss.”

One of the most famous examples is Hana Rebecca, a famous actress who starred in various Star Trek television shows. In 2020, this was ranked as the number 39th most popular name for girls in the US. In fact, between 1995 and 2007, it was in the top ten.

Hestia is another popular name in Iran and Persian communities of the world. However, it has its origins in the Greek language, where it means “goddess of hearth and home.”

Of course, Hestia is the Greek goddess of chastity, home, and earth. In the US, it’s not an overly popular name, as it ranked No. 16,000 among popular girls’ names.

This popular Persian name has origins in both the Indian and the Persian languages. This is perhaps one of the most beautiful names for young girls, as it translates to “rainbow.”

There are about five or six different variations of this name. Although it is a lovely name, it actually doesn’t really rank on baby name popularity lists.

This name has origins in Persian and French. It is closely related to the name “Jasmine.”

You may know her to be the famous princess from the Disney cartoon Aladdin. This is a classic, highly feminine Persian name and often means “fragrant flowering plant.” The spelling has been changed to suit American grammar, and it is a very popular name in the US.

Khina has its origins in the Persian language and is an excellent name for a mild-mannered young woman. Directly translated, it means “sweet voice.”

There is an American reality TV star who shares this name. It is a slightly popular name worldwide, ranking No. 7,016 among popular girls’ names.

This popular Persian name has its origins in classic Arabic. This name loosely translates to “born at night” or “born at nightfall.”

It has many variations in terms of its spellings. However, in 2020, this name ranked No. 225 in the US among popular names. One of the most famous examples is Laila Ali, daughter of world-famous boxer Muhammad Ali.

Lena is one of the most popular Persian girls’ names and has its origins in the Persian language. It has a variety of meanings, including “ray of light,” “bright,” and “torch.” One of the most famous examples is Lena Headey, a popular actress from the critically acclaimed series “Game of Thrones.”

This name has origins in the Persian language and loosely translates to “like a fairy.” There is a very famous Iranian American actress-producer, Parisa Fitz-Henley.

An interesting statistic is that since 1971, nearly 1,000 newborn girls in the US have been given this name.

Rahele is a Persian name, although there are many modern variations, especially for English. Both Rachelle and Rachel seem to stem from this name.

Even the older Persian spelling is still quite popular in the US. One famous example is Raheleh Rahbari, a UK-based cancer researcher.

This is another Persian name with Arabic roots. It loosely translates to “noticeable” or a “glittering” object. There are also several spelling variations.

A famous global economic analyst and global business columnist on CNN is Rana Foroohar. This name is actually quite popular in the US.

This is a classically Persian name that does come from the Persian language. It translates to “lotus tree.” An interesting statistic is that since 1974, just over 250 girls have been named Sadira in the US. That said, it is much more popular in Iran.

Although it is not the most popular name, especially in the US, it is very popular in Iran. This name has Arabic origins, and in Arabic, it means “city dweller.”

This is, in fact, one of the most popular Persian names for girls. It has its origins in the Persian language and translates to “golden.”