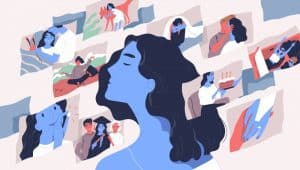 With the communication gap being the most prominent problem between the youth of today and their elders, no wonder the temperaments are rising high more often. Today’s youngsters are pretty outclassed but entering the new Millennium, people are beginning to realize and recognize serious concerns that our youth has to face today.

Some of these issues have been around since forever. It is just that they are becoming more prominent to the public eye. Some issues arise as a result of the change in the trends of this fast-paced life.  Keep reading as we highlight the top issues facing our youth today.

A young person’s future usually depends on their academic career. One of the major reasons our youth has many troubled teens is the lack of proper education. A high percentage of students drop out of high school every year let alone pursue a college degree. This also has an impact on their professional career and earning potential.

Leaving school or college could result from the pressure that students face for getting good grades or getting an admission in a good college. It is very important to have a smooth academic experience to avoid this issue and other problems associated with for. Parents must stay involved in their children’s education and provide guidance, support, and assistance if they encounter problems.

Teens from different generations have faced peer pressure problems. However, the threat it possesses today is different from how it was a few decades ago. Technology and indulgence in social media take it to a whole new level. One can get so much exposure to another person’s life that it could automatically put a lot of peer pressure.

On the other hand, activities, like doing drugs, having premature sexual relationships, and sharing explicit photos or information on social media due to peer pressure, are also major concerns as they lead to lifelong consequences. Parents can help their children resist peer pressure by educating kids more about making healthy choices. Give them the confidence that your kids can come up and seek your assistance if they are in trouble. Demonstrate how parents can listen and help without overreacting or judging.

Depression is more prevalent in our youth than ever before. According to a report by the National Institute of Mental Health, more than 15% of teenagers may develop depression before reaching adulthood. Unfortunately, the rate at which depression is growing among adolescents is only increasing. Some experts blame technology for the rise in mental health problems and disorders while others point out conditions like ‘fear of missing out’ as the culprit.

The pressure of keeping up with the expectations of those around us is increasing by the day and can cause depressive disorders. The key is to pay attention to the symptoms. If the teen seems withdrawn, performing badly in school, or developing image-related, sleep-related or eating disorders, it is time to seek professional help.

Unfortunately, bullying has been around for decades and has taken many lives of young innocents. When at one hand, the rise of social media has helped increase awareness of the consequences of bullying, it’s the same platform where a concept like this is becoming more pervasive and public. In fact, it is due to the growth in tech that cyber-bullying came into being and has taken over as a primary means of harassment.

Preparing your kids on how to respond to bullying if they become a target is a parents’ responsibility. Keeping a proactive approach can help your child deal with a bully and prevent depression.

With an alarming increase in divorce rates, more and more children are forced to live in single-parent households. This, however, isn’t a new concept. It has now been several decades that the number of single-parent households is consistently increasing, making it impossible for children to grow up in healthy environments. Raising a child is a huge responsibility and can be quite daunting in a two-parent home. When it becomes a responsibility of a single parent, it can become pretty rough, especially in hard-hitting economic conditions.

A single parent may not be able to offer a healthy upbringing to children, keeping in mind the diverse responsibilities they must carry out. For a single parent to raise a healthy child with great values while also making money to run the household can be difficult. This is where they need to make choices and compromises. As a result, there are fewer opportunities for such kids including the vital necessities like quality education. Also, the lack of a parent’s diligent guidance, children become subject to higher levels of depression, lack of education, higher risk of unhealthy sexual behaviors, drug, and alcohol abuse, and much more.

Even with both the parents at home, parental pressure can make the environment toxic for teens. Most successful parents put great pressure on youngsters related to their academic careers. Also, parents in more sophisticated professions can ridicule the idea of their kid taking interest in arts or music as a profession. The constant suppression of desires can take a nasty turn for our youth and can kill their self-confidence for life.

Some parents also cause comparison between children, creating complexities in teens. Comparing kids does not only demoralize them but can provoke the youth to go to any extent to prove their point. This often leads to criminal or fraudulent activities.

One of the major reasons for youth depression is the lack of self-confidence and self-acceptance. With the increase in exposure, our society has changed the meaning of what’s acceptable and what’s not. And when it comes to body image, it can be a very sensitive matter. Our concept of health and beauty is influenced by what we see – thanks to social media. We are only accepting of ourselves if we belong to a certain color, certain shape, or certain body type.

Fat-shaming and racism against skin color are the two most common examples of this. Raising awareness against obesity is another thing but mocking someone for their big body size is another. It is all about how you convey the message. Unfortunately, taunting someone for their weight or physical features can put their physical image in question and can cause mental disorders.

It was considered a style statement to have a cigarette or a stylish bottle of alcohol in hand. It was associated with ‘being a tough one’ and that’s exactly how it was even portrayed in movies. In simple words, it was, and it still is, considered cool. As a result, everyone wanted to experience it and even kids and teens got curious about it. Something that started with smoking cigarettes eventually developed into substance abuse. For some people, there’s no turning back.

Not only it is extremely injurious to health and life-threatening, moving around in an intoxicated daze leads to irresponsible and immature behavior. Poor academics, violent behavior, anti-social activities, drunk driving, and other criminal activities are often associated with teens who take alcohol or drugs.

Quality education is imperative and it’s a well-regarded fact. Not only it’s the basic right of every individual, but quality education is also an opportunity that opens doors to many more opportunities in the future. It’s the key to success. Unfortunately, not everyone has access to the same quality of education. Some have it better than others based on the class they belong to.

The disparity in the quality of education is also delineated by financial status and race. Even if the parents want their kids to do better than them, their lack of financial strength may not support the idea. It eventually becomes a cycle, where people who belong to a certain class continue to live that way due to fewer opportunities.

Due to the factors stated above, it’s easy to understand why the behavior of today’s youth is so unpredictable and problematic at the same time. It’s quite common to find young people indulged in petty crimes like illicit affairs, arms conflicts, substance abuse, and others. Theft, murders, rapes, and blackmailing has become more common than ever.

The youth is often victimized of poverty if they fail to achieve good education. As mentioned earlier, it’s a vicious cycle that starts from a lack of resources to afford the basic requirements, which eventually translates into the same problems that our previous generations faced.

Poverty doesn’t only obstruct opportunities and learning but also contributes to behavioral and social problems. And due to a poor financial situation, it’s hard to address these issues.

Until a few decades ago, only people who really had the knack for education pursued it. In today’s times, it is totally different. People want to achieve better and higher academic credentials not only to gain a certain status but also grab better employment opportunities with full-fledged facilities. A simple high-school pass-out or a college graduate today may not find enough opportunities to live contentedly.

The pressure of earning better and superior degrees one after the other is growing just so they can stay competitive enough in the market. The youth today needs more than just a college degree to survive with good pay to afford a decent living.

13. Obesity and Other Health Problems

The statistics that show how our youth is developing obesity and other health problems are more alarming than you think. Lack of physical activity, bad food, and an overall unhealthy, sedentary lifestyle are to be blamed. Kids these days prefer watching TV, playing video games, or surfing the internet as their leisure activities instead of participating in physical games and sports. On the other hand, fast food has become more accessible and affordable, giving kids the option to pick up their favorite meal whenever they like.

Naturally, they experience the consequences of this unhealthy lifestyle. Not only being overweight has tons of health problems on its own, but obese kids may also get targeted for mocking by peers. This even eventually leads to depression, low self-esteem, etc. On the other hand, health concerns that are associated with obesity include diabetes, high blood pressure, and heart problems.  Obesity is not only a physical but also a psychological issue that needs to be addressed to save our youth.

With convenience at our fingertips, our youth has developed this natural greed for more. Unfortunately, we belong to a society that promotes this concept of materialism. Parents also play a role in this by measuring happiness and success in life by things they own. Everything becomes a status symbol, which is falsely associated with happiness and satisfaction.

Eventually, our kids learn to follow the same route. The happiness and excitement of owning a certain thing vanish the moment they have it. And that’s when they want something else and it continues until it is too late for people to realize the damage they have done.

15. Maturity At a Young Age

While it’s good to be responsible at a young age, growing up too fast can be problematic at times. The previous generations had the opportunity to live and experience life as kids. While there’s nothing wrong if children try to partake in decision making, it gets serious if they try to be adults and involve in activities that could be detrimental to their innocence.

Adult activities like indulging in drugs and alcohol, criminal activities, premature sex, and other similar things at a young age come with serious consequences.

Unfortunately, the youth today has to experience and deal with issues that are more dangerous and highly impactful and can cause permanent damage to their lives. Also, most of these things are interlinked with each other so there’s always the chance to experience several things at once. Parents play an important role in their children’s lives and it is their responsibility to protect them from these issues as much as possible. Learning begins at home. So make sure you make the most out of it.