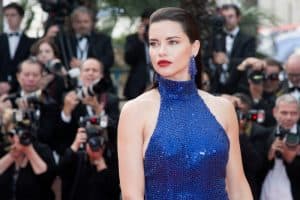 The world is full of gorgeous women bestowed with lovely black hair; however, here is a list of only 17 of the most famous raven-haired beauties.

Suffice to say, it wasn’t easy to make this list because every one of them has their own charm and wonder. Anyways, without blabbering on;

Let’s just get to it… 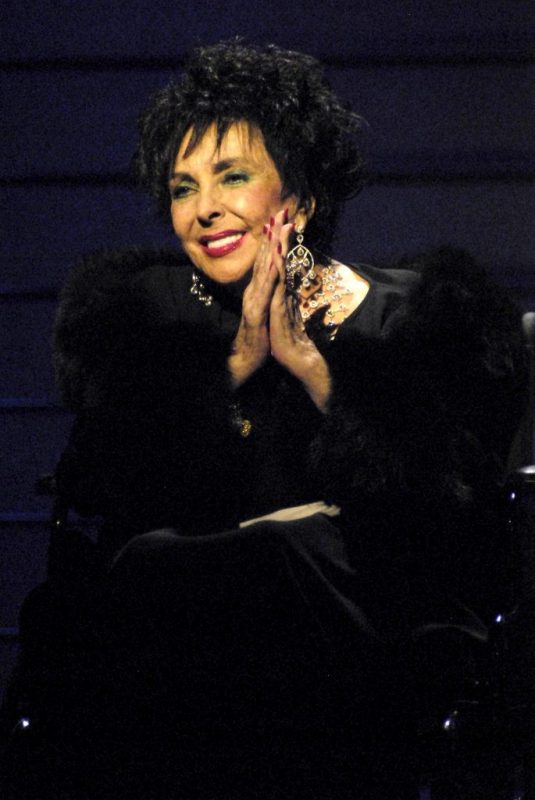 The glamorous queen of the late 1950s, Dame Elizabeth Rosemond Taylor, was an iconic actress having starred in a good number of memorable films. Although a famous start of the showbiz industry, Elizabeth was more famously known for her violet eyes that any man could die for.

Elizabeth was born on February 27, 1932, in London, England. Her father was the notable art dealer Francis Lenn Taylor and her mother a retired stage actress Sara Sothern. At a very young age of 3, Elizabeth started dancing. Her parents realized, early on that their daughter was destined to be a performer.

Elizabeth’s most notable works include Cat on a Hot Tin Roof (1958), Suddenly, Last Summer (1959), National Velvet (1944), etc. However, Elizabeth is more famously known for her collection of jewelry and her love affairs.

Her love affairs, scandalous as they were, were often the center of the spotlight. Elizabeth married a total of eight times in her life. But whatever your view may be, there is no doubt that she is among the most famous and glamorous raven-haired beauties of all time. 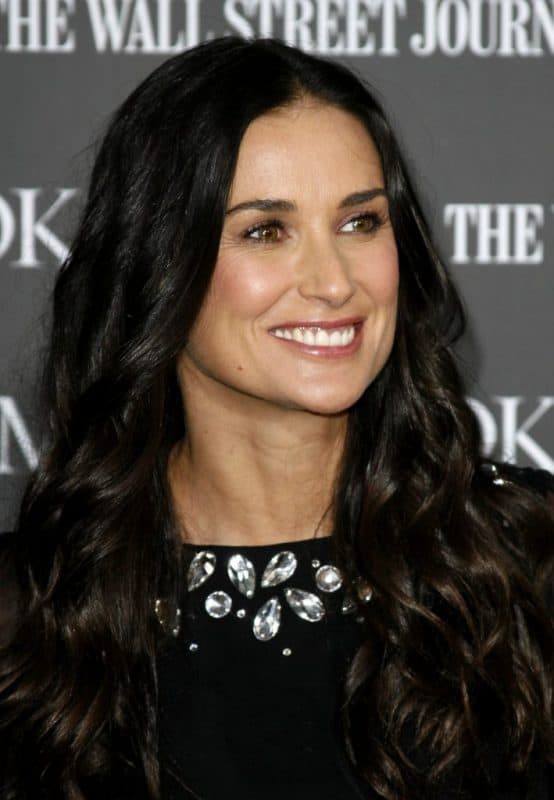 Demi Gene Guynes, more notably known as Demi Moore is an American actress and a film producer. Although having starred in many notable classics and giving powerful performances she has seen a rather fluctuating acting career.

Some of her notable performances include A Few Good Men, Indecent Proposal, and G.I. Jane (for which she shaved off her hair). And even in her late fifties, she is among our list of most famous raven-haired beauties, rightfully so. 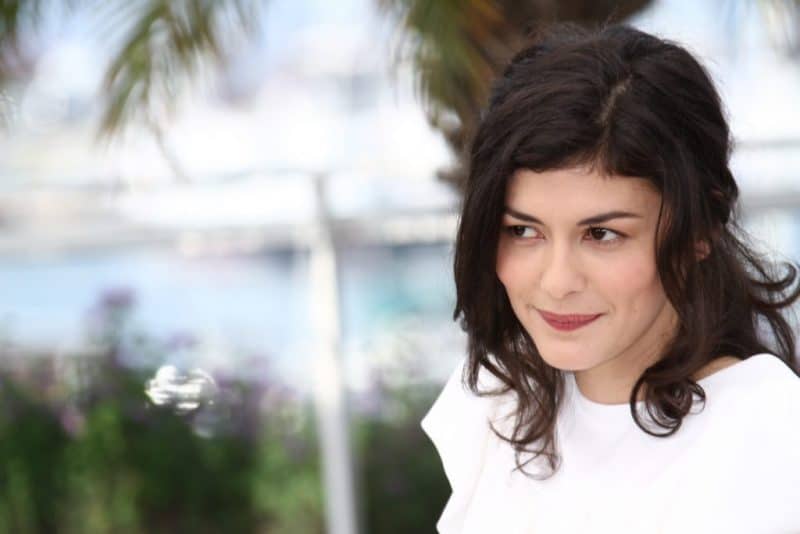 Audrey Justine Tautou is a model and a critically acclaimed French actress. Audrey has worked in a wide range of genres, however, she is most famously known for her lead role in the film Amélie that won Best Film at the European Film Awards and was nominated for five Academy Awards.

With such a loveable personality, this list would be incomplete without her. 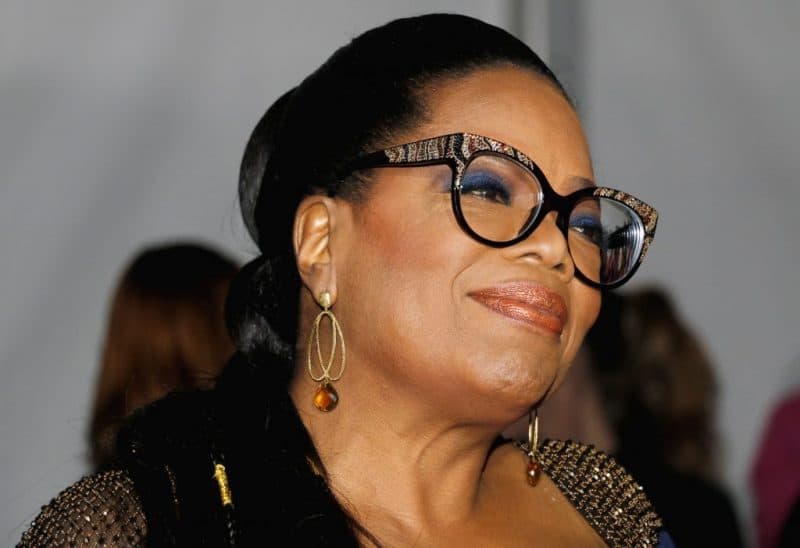 Oprah Gail Winfrey is most notably known for her own talk show, The Oprah Winfrey Show. Apart from that, she is a philanthropist, actress, and a billionaire media executive. Orphan had a troubled adolescence and even faced sexual abuse by several relatives.

Oprah is a symbol of hope and determination for all struggling people. She has a number of mentions on the Forbes and was listed as 10th on the Forbes list of America’s Self-Made Women 2019.

Oprah is an inspiring woman who has achieved a lot in life and helped countless people by donating millions of dollars to charities, with most of it going to the following three: 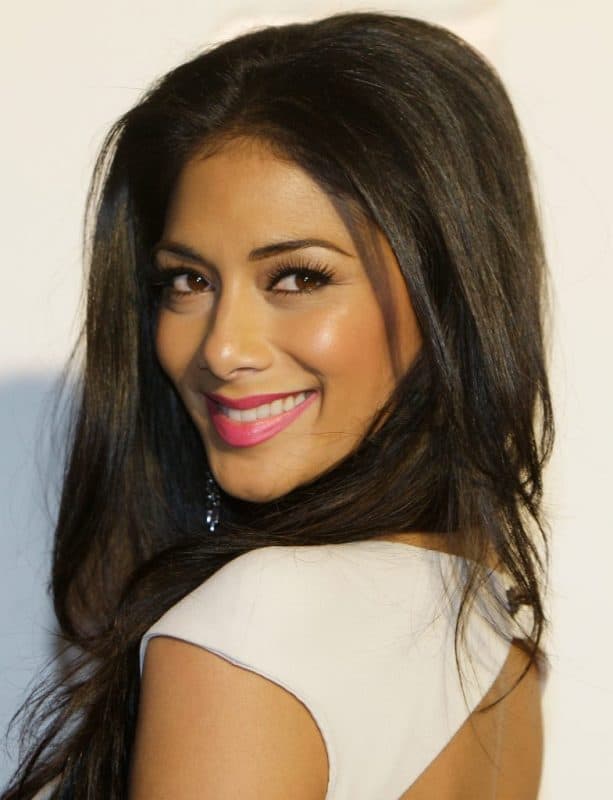 Famous for “The Pussycat Dolls”, Nicole is an American singer, songwriter, and dancer. Her most notable songs include “Don’t Cha” and “Stick Wit U.” What most of her fans might not know is that she has also tried her luck in movies, making small appearances in movies such as Men in Black 3 and Moana.

Nichole also acted as a judge on FOX’s The Masked Singer. With such a charming personality and gorgeous black hair, there is no way our list would have ended without her mention. 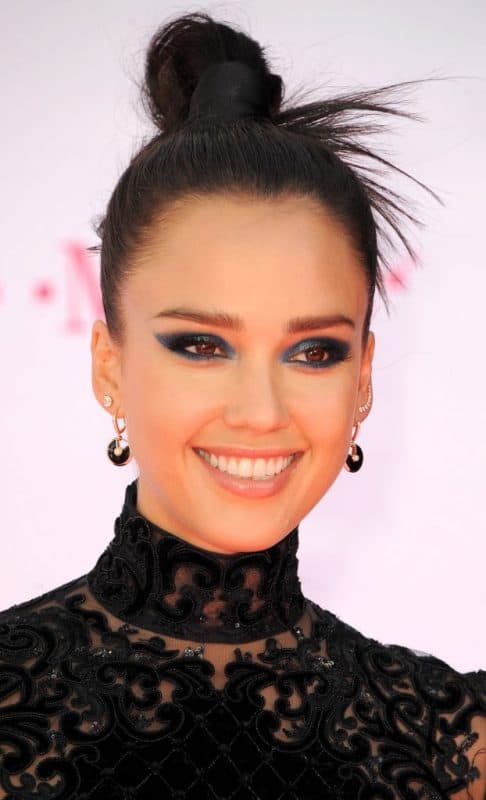 Jessica Marie Alba is an American actress debuting on the big screen in the 1994 comedy Camp Nowhere. However, she rose to fame with her role in the sci-fi series Dark Angel. Over the years, Jessica has acted in major box office films including (but not limited to) Sin City, Valentine’s Day, and the Fantastic Four franchise.

Jessica has a major fan following owning to her stellar acting skills and a gorgeous personality. She is one of the most notable raven-haired women in Hollywood. 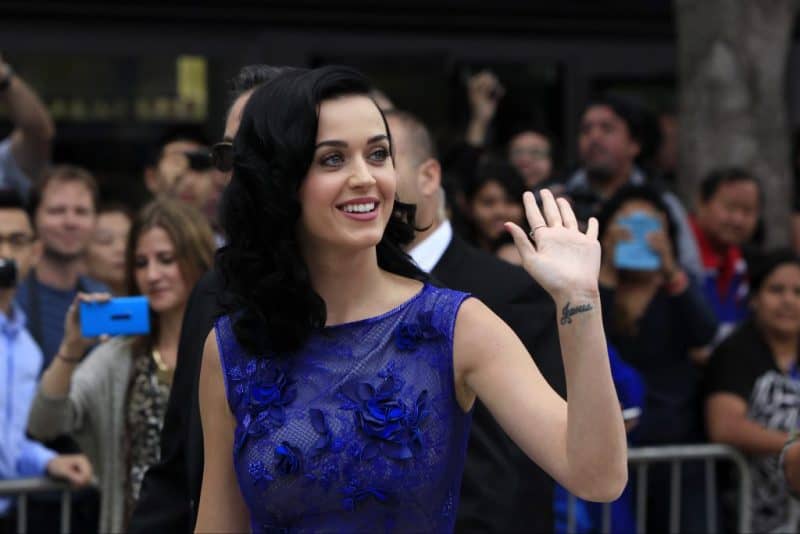 Being one of the most-followed people on Twitter, you’d be living under a rock if you are unfamiliar with Katy’s music. Although there is hardly any hair color that this famous singer hasn’t rocked, black is the one that suits her long, glamorous hair the most.

It would be hard not to fall in love with her gorgeous hair. Apart from her gorgeous hair, Katy is given the public some of the most unforgettable songs of this generation; the most famous of them being Firework.

In 2008, with the release of her second music album “One of the Boys,” the world got to know about the magical voice of this American singer. And the rest, as they say, is history. 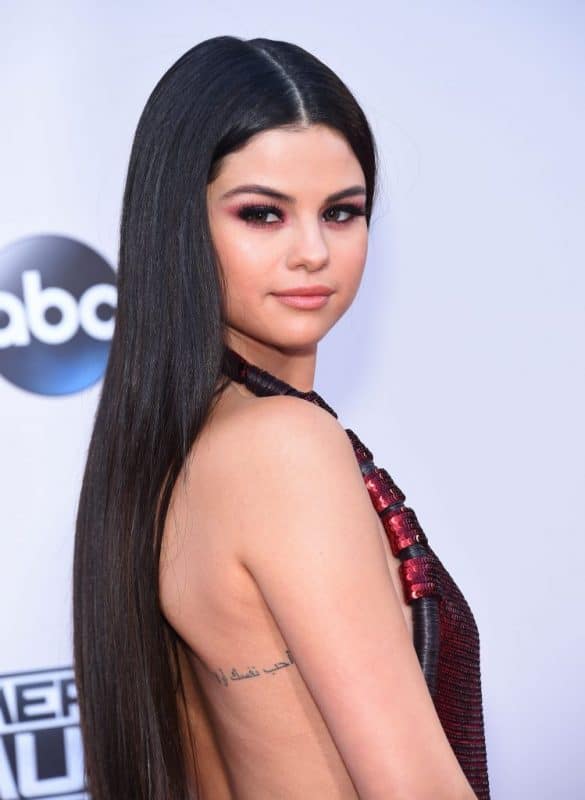 Selena Marie Gomez is an American singer and actress. She first appeared on Barney & Friends, a children’s television series. However, she received great recognition for her role as Alex Russo, a teenage wizard, on Wizards of Waverly Place. Since then, Selena has starred in a lot of films playing various roles.

As a singer, Selena got major recognition as her band Selena Gomez & the Scene got their albums on the US Billboard 200, top-ten albums. As a solo artist, Selena managed to rock the Billboard Hot 100 with various tracks including “Come & get it”, “Good for you”, “It Ain’t me”, etc.

Selena has always been the star of little girls and the dream girl of boys. Her innocent looks, beautiful black hair, and her charming personality make her one of our favorite raven-haired beauties. 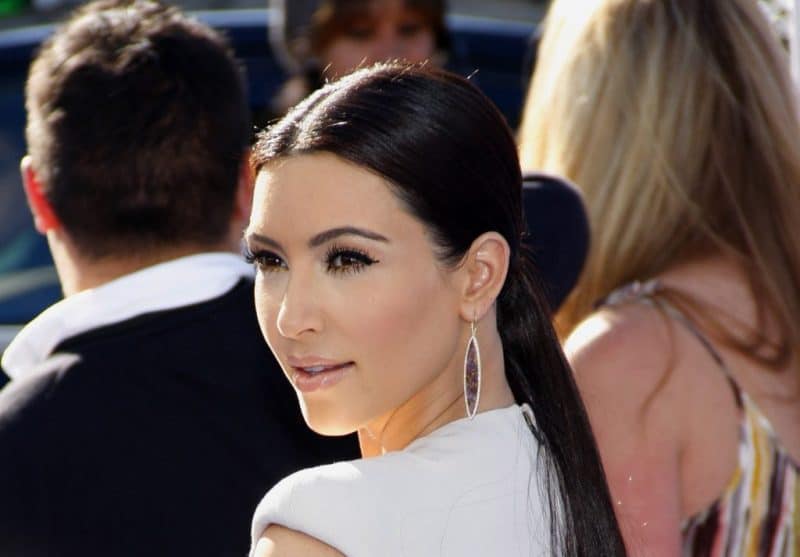 Kimberly Noel Kardashian is one of those rare personalities that no one really knows why they are so famous. Kim first came under the spotlight after a release of her sex tape in 2002. Since then she has starred in a popular reality TV show Keeping Up with the Kardashians.

Kim Kardashian is a famous social media personality, followed by millions of people worldwide. Although she has adopted different hair colors and styles, she is most popular for her long black hair that really looks stunning. 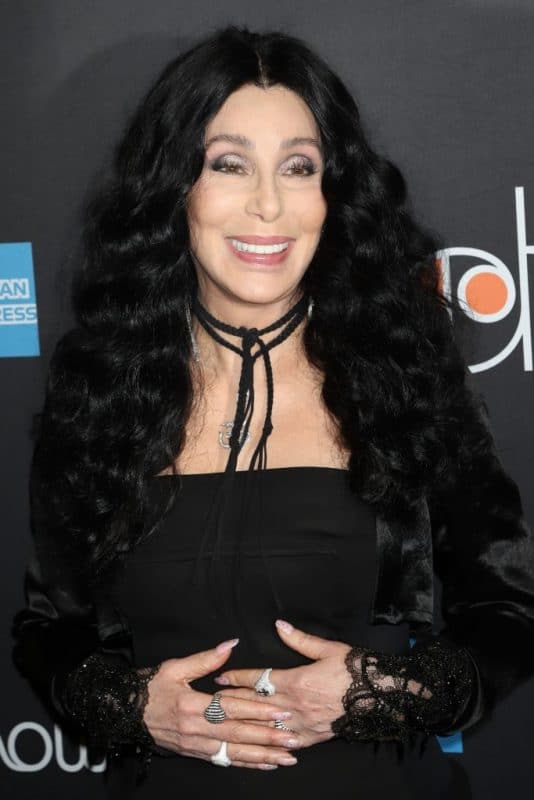 Cherilyn Sarkisian, more commonly known as Cher, is an American singer and actress. Cher first gained popularity in 1965 after her song “I Got You Babe” became number one on both British and American charts.

Cher is known as the Goddess of Pop; that too for a good reason. Because she gave us numerous memorable tracks that melt our soft hearts. There are many reasons all of us love Cher and one of them is her gorgeous raven hair. 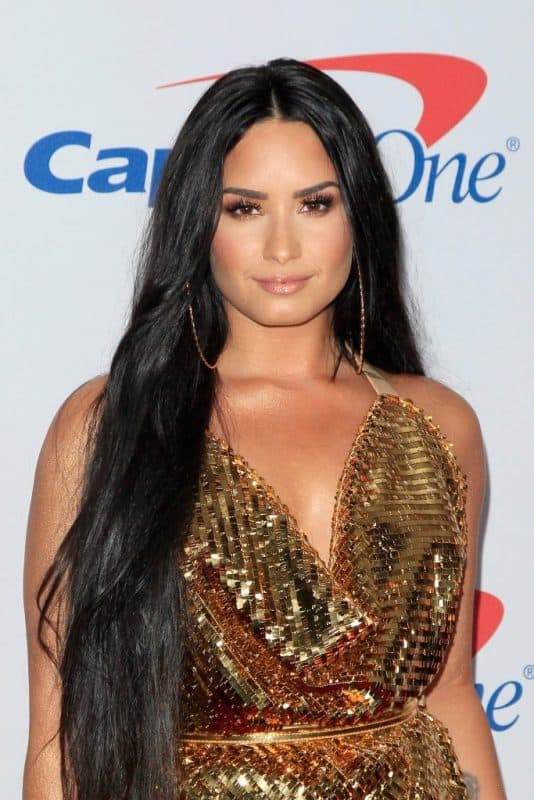 Demetria Devonne Lovato is an American singer, songwriter, and actress. Demi started her career with the children’s show Barney and Friends at the age of 7. Her first break came with her role in the Disney Channel movie Camp Rock as her cute character Mitchie Torres won several hearts.

She was a fan of music since childhood and became a solo singer who sang several hits including “Let it go” from frozen, “Skyscraper”, “Fix a heart”, and more. Demi has always been the cute, charismatic character that everyone loves and adores. And with her lovely black hair, there is no doubt she would be on our list. 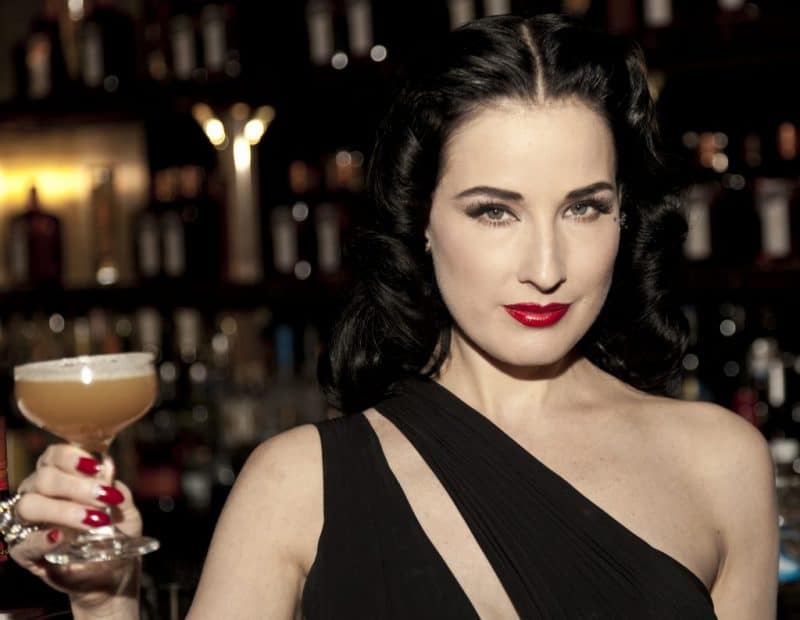 There is a long list of what Dita Von Tesse has done including, singing, acting, modeling, etc. However, she is famously known as the Queen of Burlesque because of her burlesque routines and dancing. As far as her acting career goes, Dita Von Teese has appeared in various indie films.

Dita Von Teese can be called, without a doubt, one of the most glamorous raven-haired beauties on our list. 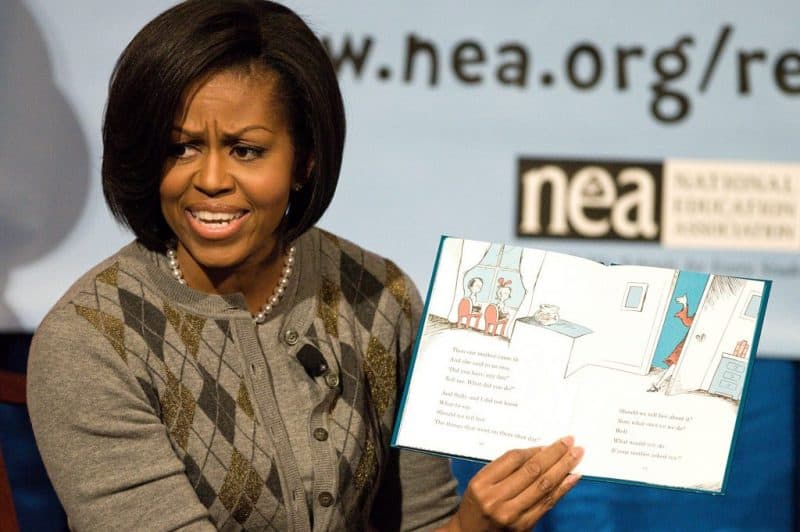 Michelle LaVaughn Robinson Obama is well known to be the first lady of the United States of America from 2009 to 2017. Married to Barack Obama (44th president of the USA), Michelle Obama was the first African-American first lady.

However, few people know of her contributions to the LGBTQ community and that she is also a writer. One always sees Michelle in a bob-cut with a bright smile on her face. 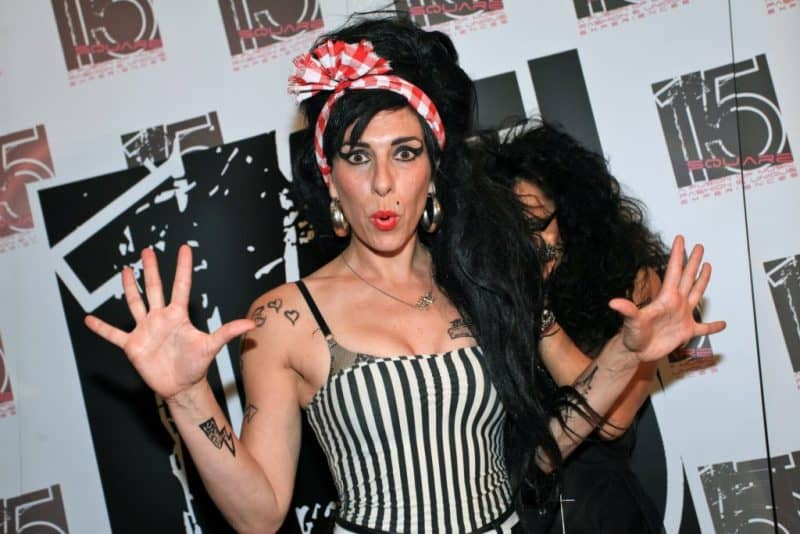 Amy Jade Winehouse was a celebrated British singer and songwriter. She, like many other icons, left us too early. Amy died of alcohol poisoning at the age of 27.

One would remember Amy in her ‘beehive’ hairstyle with a larger-than-life personality. 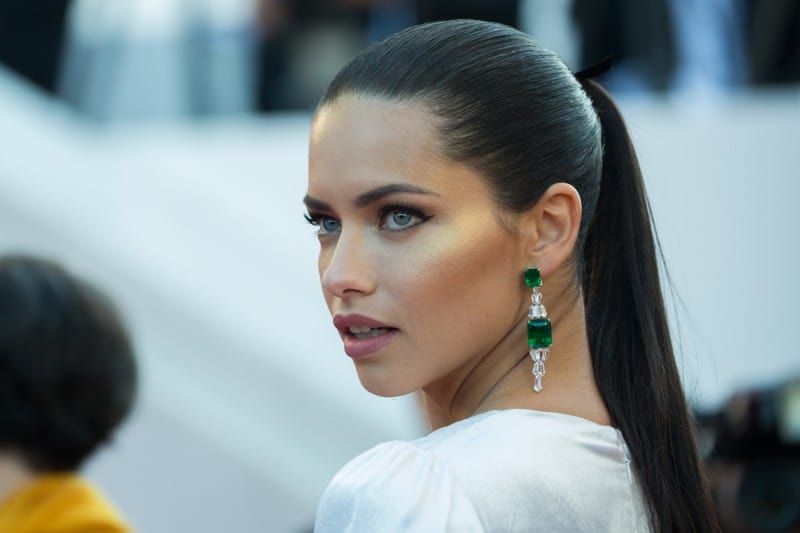 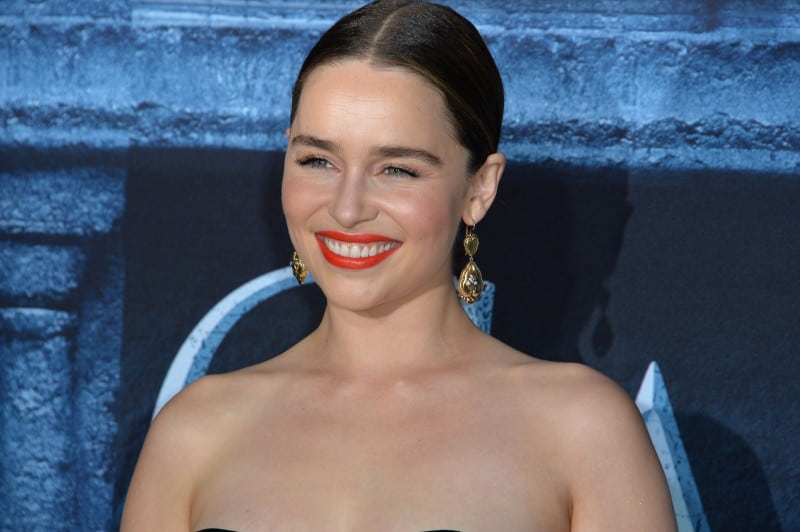 You probably know her as the Queen of Dragons from HBO’s Game of Thrones but there is much more to this raven-haired beauty than that. Apart from Game of Thrones, Emilia has acted in various TV series, movies, and also theater. 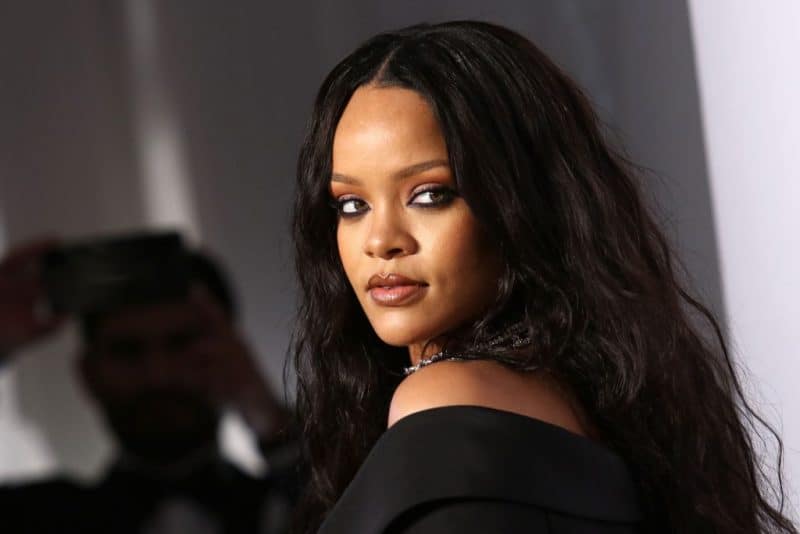 Robyn Rihanna Fenty, one of the most famous female singers of our time is number one on our list of raven-haired beauties. Having sold over 250 million records worldwide, she is regarded as one of the bestselling musicians of our time.

Rihanna has bagged many awards in her career as a singer including 9 Grammys, 8 People’s Choice Awards, and 12 Billboard Music Awards.

Rihanna is always a major philanthropist. She created her Believe Foundation in 2006 to help children that were terminally ill.

That constitutes our list of the most famous raven-haired beauties.

But, don’t be disheartened as following are some more raven-haired beauties: