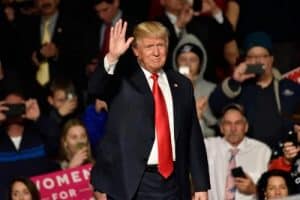 Talking to famous personalities on the phone is a pipe dream for most people.

But what if we told you, that calling some of the most famous people on the planet is actually possible?

As crazy as it sounds, some famous people have actually made their phone numbers available to the public, you just don’t know it yet!

Although most of these calls are usually attended by their assistants, there’s still a chance that they might actually connect you to the celebrity themselves if they’re available and willing.

And for most people, that’s a chance they’re willing to take. After all, what’ve you got to lose!

So, if you’re ready, let’s dig into this list!

Best known for? The Leader of the worldwide Catholic Church and head of Vatican State.

Would you take the opportunity to call one of the holiest figures in the world?

It’s a surprise to some people that the Pope is always just a phone call away. The Pope, who is the head of the Vatican, presumes the role of the leader of the worldwide catholic church. This title brings with itself major responsibilities, which include maintaining religious and diplomatic relationships with over 100 countries around the world. Most of the time, the Pope is traveling to different destinations around the world, delivering liturgies, talking to world leaders and strengthening political relationships. Despite the busy schedule, the Pope’s phone number is available if in case they want to have a talk. However, there’s a very slim chance that the pope will actually pick up the call himself. So, you’ll probably be connected to one of his assistants or secretaries.

Best known for? 45th President of the United States and former host of ‘The Apprentice’.

Did you know it’s possible to ring the president of one of the most powerful countries in the world?

Donald Trump might be a controversial president, but his New York office phone number is still accessible to all. Before he entered politics, Donald Trump was already quite well known due to his real estate family business and TV show. During the 2016 presidential race, Donald Trump ran a much controversial election campaign and successfully assumed the role of the 45th President of the United States. He now runs multiple ventures and has a net worth of $3.1 billion according to Forbes. And now, you can give him a call anytime you come up with an idea to make America great again!

Best known for? Head of the Commonwealth and all its Realms.

The Queen of the Commonwealth might seem unreachable, but surprisingly her phone number’s available to everyone!

Her Royal Highness Queen Elizabeth II certainly needs no introduction. She’s the current British Monarch and the head of state of all the Commonwealth states and all its realms. But not just that, she’s also the longest-living and longest-reigning British monarch and one of the most popular and well-known personalities in the world. It’s no secret that the Queen is a very busy person; meeting heads of states, taking diplomatic trips, presenting awards and honors, and a bunch of other stuff. Although it’s rather rare that she actually attends one a call herself, you can give it a shot at the Buckingham Palace’s office number.

Best known for? Founder and former CEO of Microsoft.

Wonder what it would be like to have a conversation with the 2nd richest man in the world?

It is possible now through his Bill & Melinda Gates Foundation phone number. Although most people see Bill as someone who’s constantly juggling between the first and second positions for the richest person on the planet, he’s also one of the most influential personalities in the world. He built a trillion-dollar company from a small garage and his company, Microsoft, is rightfully one of the most impactful tech companies of the 21st century. Now retired, Bill and his wife Melinda own the largest private foundation in the world with over $50 billion in assets to help provide education and healthcare to poverty-stricken countries across the globe.

Best known for? Producer and Host of ‘The Oprah Winfrey Show’.

Can you believe that the great ‘Lady O’ can be reached through her studio phone number?

Us neither. Oprah Winfrey is perhaps the most well-known name in the entertainment industry, and for good reasons. She is perhaps best known for her highly acclaimed TV show, The Oprah Winfrey Show. It is called the highest-rated television show of its kind in history and ran on TV for a period of 25 years. Despite coming from a fairly poor background and suffering from some really rough circumstances from an early age, Oprah fought through it all and established herself as arguably the most influential woman in the world. She also became North America’s first black multi-billionaire and the richest African-American of the 20th century. She’s known for making huge contributions to multiple foundations that help protect the environment and provide better healthcare and education to children.

Best known for? The Spiritual Leader of the Tibetan Buddhists.

Would you consider having a chat with one of the most well-known religious personalities in the world?

If you do, the phone number of the Dalai Lama’s office is always available to you. The Dalai Lama is the spiritual and religious leader of the Tibetan Buddhists, somewhat similar to what the Pope is to the Christians around the world. Before the Chinese government took control of Tibet in 1959, the Dalai Lama used to govern the country. Now, the current Dalai Lama travels around the world speaking in public talks that draw thousand at a time. He is also an author and has written multiple books on Buddhism and its teachings. Also, while the 14th Dalai Lama was forced to flee to India after the takeover by the Chinese government, he actively fights for the rights of the Tibetan Buddhists and strives to make Tibet an independent state.

Best known for? A legendary figure who brings gifts to children on Christmas.

Couldn’t get your kids to meet Santa during this Christmas season?

Well, you could always ring him on his phone number. During Christmas, you can find Santa in almost every major shopping mall or toy store. Sometimes, he’s out on the streets ringing Christmas bells collecting funds for deprived children. But if this Christmas season you couldn’t get Santa to meet and tell your little ones how good they’ve been the whole year, there’s always an option to get them to talk to him personally on the phone. FreeConferenceCall.com provides a phone number on which Santa Claus will pick up and talk to your children. He will also leave a message which your children can listen to and even share with others. Meeting Santa just got a whole lot easy!

Best known for? One of the Greatest Golfers in History.

Want to get some game improvement tips from one of the greatest golfers of all time?

Although there’s a very slim chance that he’ll personally pick up your phone call, you could always try your luck at getting a text message through. Tiger Woods is one of the best golfers in history and a very familiar name in the world of sports. His entrance into the spotlight was after he became the youngest and first African-American to win the U.S. Masters Tournament in 1997. Since then, he has 13 major tournaments and has been named Player of the Year 10 times over a period of 12 years. After suffering from family problems and some knee issues that forced him into having multiple surgeries, Woods became a target of the media often appearing in headlines. His breakthrough came in 2019 when he won the 2019 Masters after 11 years of no wins. As of yet, he’s tied with Sam Snead for the most wins on the PGA tour with both having won 82.

Best known for? The first African-American and 44th President of the United States.

Would you take the opportunity to talk to one of the most influential presidents of the 21st century?

Barack Obama was the 44th President of the United States and is probably best known as the first African-American President of the US. Obama was president for two consecutive terms and made some major progress during both his tenures. Perhaps the most recognized achievements of his are the killing of Osama bin Laden, who was the mastermind behind the 9/11 attacks. Another one of his major achievements was the signing of the Iran Nuclear Deal which showed some major signs of progress. The agreement stated that Iran would halt its nuclear development program in return for the U.S. lifting the sanctions they have placed on them for a long time. Although now he’s been replaced by Donald Trump, you can still call him and maybe ask about how he’s settling in after his retirement.

Wonder what you’d discuss with one of the greatest names in rock and roll history?

Apparently, now you can on Bono’s manager’s office number. Paul David Hewson otherwise known as Bono is the lead vocalist and the lyricist of the legendary rock band U2. Over the course of the band’s amazing history, Bono has received 22 Grammys as a part of the band and is a part of the Rock and Roll Hall of Fame. Besides being known as one of the most influential musicians in rock history, he’s equally popular for his global charity efforts and social activism. He’s raised awareness and has met with several world leaders to collectively work on eradicating poverty and AIDS, especially in Africa. Due to his philanthropic efforts and services to the music industry, he was granted an honorary knighthood by Queen Elizabeth II.