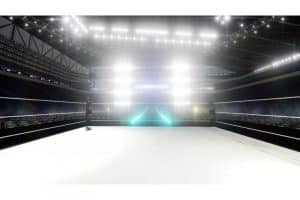 Best WWE Matches of All Time

At Unforgiven 2006, John Cena faced Edge in a WWE Championship match that would become an instant classic. Hometown favorite Edge was fighting to retain his championship title, while Cena faced elimination from Raw and being sent to SmackDown. This Tables, Ladders, and Chairs match had insane bumps, high intensity, and stellar performances.

As a result, Edge cemented his place as a crowd favorite, and Cena proved that he could hold his own even on unfamiliar ground, as he had never competed in a TLC match before.

Unfortunately, this event was also the last of its kind, as WWE would discontinue brand-exclusive Unforgiven events afterward. However, this historic match remains a favorite for fans of both wrestlers.

9. King of the Ring: Mick Foley “Mankind” vs. The Undertaker

This match set the standard for Hell in a Cell matches, became the defining match of Mankind’s career, and originated many of commentator Jim Ross’ most famous calls. It’s still regarded as the best and most important Hell in a Cell match of all time. Beforehand, Mankind worked with Terry Funk to plan the most spectacular show they could deliver.

The wrestlers wanted to leave a legacy and crafted an unforgettable match, using moves so dangerous they would never be repeated. Afterward, Vince McMahon told Foley: “You have no idea how much I appreciate what you have just done for this company, but I never want to see anything like that again.”

This match has become legendary and consistently ranks as one of the all-time best matches of any kind.

This historic match has been called the most poignant moment in WWE history and moved the hearts of millions of fans. Knowing that he would be forced to retire after his subsequent loss, Flair challenged Shawn Michaels, saying it “would be an honor” to lose him.

Instead, the two superstars put on a show for the ages, battling for the win, showing mutual respect, and bringing emotion to every moment. It was an incredible way to end Flair’s 35-year career and will still bring a tear to the eye.

The Rock and Hulk Hogan are masters of showmanship, both of them with an unmatched ability to engage the crowd and bring emotion to the ring. Rightly called the “Icon vs. Icon” match, it brought together two legends from two eras of WWE in an incredible payoff to a storyline years in the making.

Going into the match, The Rock was seen as the star of the new era, pitted against the nWo and the previous generation. However, during the match, each wrestler masterfully played to the crowd, and Hogan later said that they both changed the event’s outcome based on the audience’s response.

The result was an utterly historic match, overshadowed every other event at WrestleMania X8, and has remained a fan favorite for decades.

6. WrestleMania 28: The Undertaker vs. Triple H

The build-up to this legendary Hell in a Cell match between The Undertaker and Triple H was an incredible four-year rivalry. They were the last two wrestlers from the Attitude Era of WWE, and the match was dubbed “The End of an Era.”

With guest referee Shawn Michaels and Jim Ross commentating, the match was full of emotion and incredible storytelling augmented by Michaels and nail-biting near-falls that kept audiences at the edge of their seats. This match was a spectacular way to end their feud and end their era at the same time.

As a result, WWE and Pro Wrestling Illustrated called the 2012 Match of the Year.

The build-up to this match was a long-simmering rivalry between Bret Hart and Steve Austin, culminating in this No Disqualification Submission Match during WrestleMania 13. Austin attacked Hart before he had even removed his entrance attire.

The match lasted over 22 minutes, inside and outside the ring, with guest referee Ken Shamrock on top of all the action. Although Shamrock awarded the match to Hart, Steve Austin never gave up and left the ring with fans cheering his name.

The storytelling worked perfectly with the athleticism and performance of both men, making this the 1997 Pro Wrestling Match of the Year and John Canton’s favorite match of all time.

While the title matches in WrestleMania 21 may have left something to be desired, the Michaels/Angle match was one for the ages. The match between two great wrestlers in their prime showcased incredible moves, great performances, a fast pace, trading near-falls, and high-risk maneuvers that stole the show.

Although Angle eventually won the match, Michaels was given a standing ovation. This match won the 2005 Pro Wrestling Illustrated Match of the Year and is ranked No. 5 on the WWE Best WrestleMania Matches of all Time.

WrestleMania X-Seven consistently ranks as one of the best pay-per-view events of all time, with several matches making top lists around the world. The WWE Tag Team Championship match between Edge and Christian, The Dudley Boyz, and The Hardy Boyz is legendary, and Kurt Angle vs. Chris Benoit is also a great match.

But it was the title match between The Rock and Stone Cold Steve Austin that goes down in history, with an incredible backstory and long-simmering feud paying off in the championship match with a surprise No Disqualification stipulation.

The two powerhouses battled inside and outside the ring with shifting alliances and great storytelling.

WrestleMania 3 remains a classic for people who love old-school WWE. The main event between Hulk Hogan and Andre, the Giant, was an iconic wrestling moment in itself, but the WWF Intercontinental Heavyweight Championship match between Steamboat and Savage is legendary.

It was incredibly fast-paced, with a back-and-forth adrenaline-fueled dynamic. Steamboat described it as the “moment that defined me as a wrestler.” It was 1987’s Match of the Year from Pro Wrestling Illustrated and the Wrestling Observer Newsletter, the IGN #6 top WrestleMania Matches, and Complex Sports #2 of all-time best WrestleMania matches.

1. WrestleMania 25: Shawn Michaels vs. the Undertaker

Shawn Michaels vs. the Undertaker is widely regarded as the best WWE match of all time. It won the 2009 Match of the Year at the Slammy Awards and won Match of the Year from Pro Wrestling Illustrated and the Wrestling Observer Newsletter. The match was fast-paced and athletic, putting both men through all their most famous moves and a series of near-falls that kept fans of the Undertaker on the edge of their seats.

In addition, it had great storytelling in and out of the ring, with expert commentary from Jim Ross. Fans went from cheering for their favorite to chanting “This is awesome!” referring to the match itself.

The match was so popular that a second showdown was held the following year, and it was almost as good as the first one, sharing the top spot in the minds of many fans and followers.