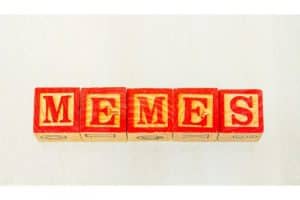 Meme culture has taken over the internet, and although they are designed to be humorous, they can also be quite insightful. Whether it’s an awkward situation, an odd look, or just a weird person, there’s plenty of awkwardness floating around, so let’s take a look. So if you want a good laugh and you’re looking for your fill of daily awkwardness, here are 14 awkward memes.

Awkward Memes to Brighten Your Day

Driving can be rife with awkwardness. Every move you make on the road is judged by motorists around you and can lead to some awkward encounters, such as this one. We’ve all been in this situation, where some crazy road-rage-filled driver does everything they can to pass you.

Then, when they finally hit the gas, swerve around you, and make a break for it, they get stopped at the next red light. Talk about awkward eye contact! If you’ve ever been in this situation, you probably know how satisfying it feels to see the impatient driver get their comeuppance from something as simple as a traffic light.

It is incredible to think how well The Simpsons has been able to predict future events within its multitude of episodes. Although predicting the end of a conversation may not make the writers of The Simpsons all-knowing oracles, it does show that they are adept at reading awkward social situations.

We’ve all been in this situation when you are in a conversation that goes from bad to worse, and throughout, you’ve got nothing intelligent to say.

Here we see fan-favorite Ralph Wiggum, a generally less than intelligent character, have a moment of wisdom. Unfortunately, he has no idea what to say, so he does what any reasonable person would do – end the conversation by rolling down the nearest hill. Sometimes you just have to do what you have to do to get out of there.

Many of us suffer from social awkwardness. Sometimes it can make life a little fun and interesting, but it also means that we tend to sit in a corner with our mouths closed. However, just because we have no idea how to keep a conversation going doesn’t mean we don’t know how to sit there and look cute.

Let’s face it, Grogu from the Mandalorian is one of the most loveable characters, yet super awkward at times. He makes everybody’s heart melt, but when he shoves one morsel after another into his gullet, it makes for some hilarious moments. But, hey, sometimes you don’t have to say a word when you look cute enough to melt an iceberg.

What about when people ask you how you’re doing? Most of the time, when someone asks us how we are, we just give them one of a few textbook answers. Something like, “Yeah, Dave, I’m doing great.” For the most part, we don’t want to go through the awkwardness of telling people what’s really happening in our lives, because let’s face it, it can be super weird.

There are things we don’t want others to know. Then come those times when we feel the need to share, whether because we can’t take the solitude anymore or because of a misguided feeling of honesty.

Either way, telling people your genuine emotions and sharing what’s going on in your life more often leads to awkwardness than not. Usually, you’ll tell someone how you’re doing, and the ensuing awkwardness results in people giving you looks like, well, like that awkward dog who doesn’t quite know what to do about that banana.

Mirror, mirror, on the wall, who’s the prettiest of them all? If you said the llama in the picture, you’re right! Ok, so we’ve all had these days where we just desperately want to feel beautiful. So you get up in the morning, brush your teeth, bathe away last’s night’s sins, do your hair and makeup all nice, look in the mirror, and you’ve been a llama the whole time!

Needless to say, sometimes, no matter what we do, we just don’t feel pretty enough to go out into public. However, that llama clearly has no problems eating in public with its huge teeth and funny face, and you shouldn’t either! Beauty is in the eye of the beholder. So, bottom line, get a llama to take out into public with you. At the very least, you’ll look more attractive standing next to that stinky beast.

Here’s another situation we’ve all been in. You hold the door for somebody, but you’re not exactly the best with timing. Apparently, the person behind you has to run a marathon just to get to the door that you’ve been holding open.

So, do you stop holding the door and look like a jerk, because after all, you’ve got better things to do than wait, or do you keep playing nice and wait for that person to finally get with the program?

On the one hand, you look like a jerk because you couldn’t be bothered to wait. But, on the other hand, you look awkward standing there, seemingly holding the door for someone who may or may never show up.

Talk about awkward! Let’s face it, humans have done some really nasty things to each other, with slavery being perhaps the worst. So it’s only fitting that we feel shame, guilt, and awkwardness when these tough topics arise. However, we shouldn’t ignore the past but rather learn from it. Sometimes we need to have tough conversations, and sometimes things get awkward.

The guy clearly has grade A communication skills. Unfortunately, he couldn’t pick up on a hint for the life of him, although the result is funny, nonetheless. Let’s face it, we all have these moments where we just don’t know what other people are getting at. Some of us can’t read between the lines, and as can be seen here, some people can’t even read at all!

Being able to pick up on subtlety is easier said than done, and when it comes to the world of dating, being unable to see glaring signs from others can be a huge issue.

Have you ever left somewhere and realized that somebody was flirting with you the whole time, and all you could do was blather on about some mundane topic that nobody cared about? Unfortunately, it has happened to the best of us. The funny thing is that most of us won’t even realize how awkward the situation was until it is over.

News flash for everyone: Your parents have sex. It’s something none of us want to imagine – our parents having sex, yuck! This goes so far that we don’t even want to be in the same room with them when sex is mentioned. There’s nothing worse than watching two sexy actors have a steamy encounter while you’re daydreaming in your own world, then bam – in walk your parents! Somehow, it makes us all feel dirty and awkward just to know that sex and parents exist in the same realm.

This meme illustrates how some of us respond under pressure … well, or sometimes to very simple greetings. But unfortunately, many of us are so socially awkward that our brains start going into overdrive even when we get asked a simple question.

Even a simple greeting can send some of us reeling, with our brains turning into that monkey smashing symbols together. Then, after plenty of calculation and computation, our brains come up with a genuinely baffling response to a question that was never asked in the first place. Let’s face it, that waitress doesn’t care how you’re doing, but darn it, you’re going to let her know anyway!

Sleep is a blissful thing. It’s when you get to shut off from the world and the people around you. However, waking up is a different story. More often than not, that blissful dream you had turned into a waking nightmare.

Imagine slowly coming out of relaxing sleep, turning over, and thinking that your wife has gone full Transformers on you and turned into a golden retriever. It’s that awkward moment when you realize that it’s, in fact, your dog whose breath smells super bad, not your significant other’s. But, at least it will save you the awkward conversation about oral hygiene!

Some of us are so socially awkward that we don’t even need to talk to look like total morons. This one really doesn’t need much explanation because we are pretty sure that it’s happened to all of us. It’s that moment when you realize that your flat hand is going to make awkward contact with someone’s fist, someone who clearly had no intention of shaking your hand in the first.

So, what do you do? Do you just ignore it and play it off like it was meant to happen? Do you try to recover and go in for a fist bump? Either way, the moment is probably long gone, and whoever you encountered now has a slightly lower opinion of your intelligence level.

When we get into an argument, we are in it for the win. Nobody wants to compromise their position, and certainly, nobody wants to admit that they’re wrong, even about mundane things that really shouldn’t matter. So, you’re 20 minutes deep into an argument, and suddenly, you realize that you’ve been arguing the dumbest point – because you couldn’t comprehend basic English.

Of course, realizing that you are wrong is half of the awkwardness, with the other half stemming from the fact you now somehow need to recover from your epic faux-pas.

So, do you backpedal and start making up some nonsense to make it seem like you still have at least a partial grip on reality, or do you simply admit that you were wrong? Of course, most of us will choose to take the argument one step further and dig ourselves in deeper. But, heck, what’s the point of having an argument in the first place if you won’t win?

Sometimes there’s just nothing more awkward than feeling like a child at an adult gathering.

It can feel awkward when your host asks you if you’d like the Merlot or the Pinot, and your response is that you’d rather have sparkling water.

This moment from The Simpsons is another we’ve all experienced. We want to desperately impress and say something brilliant, but what comes out is likely the dumbest thing your crush has heard all week. All you can hope for here is that the other person responds with something equally mind-numbing.